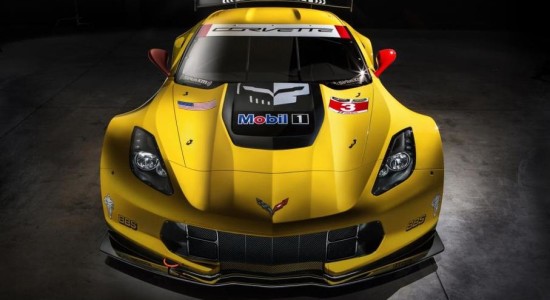 Corvette Racing will field two C7.R race cars in 2014, starting later this month at the 52nd Rolex 24 At Daytona on Jan. 25-26. The race kicks off the TUDOR United SportsCar Championship – the new series debuting this year after the merger of the American Le Mans Series and GRAND-AM Rolex Sports Car Series. The C7.R will compete in the GT Le Mans class in 11 races around North America. The team is also is expected to compete in June at the 24 Hours of Le Mans.

By leveraging advanced manufacturing materials – such as laser welding, Flowdrill-machined fasteners and a GM-patented aluminum spot-welding process – the production structure is significantly stronger than its predecessor. For Corvette Racing, this equates to a race chassis for the C7.R that is 40 percent stronger than the outgoing C6.R.

The addition of direct fuel injection to the Corvette Z06 will enable the technology to return to a Corvette race car for the first time since the end of the GT1 era in 2009. It promises greater efficiency, which can make a significant difference in long-distance endurance racing such as Daytona and Le Mans through fewer time-consuming pit stops.

The aerodynamic strategies of the Corvette Stingray came directly from the Corvette C6.R – including the forward-tilted radiator, functional hood and front-quarter panel vents, and rear transmission and differential cooling intakes.

There are, of course, differences between the race car and production Corvette Z06. For example, the C7.R carries over the powertrain for the C6.R, as the GT rules limit the maximum displacement to 5.5L, and prohibit forced induction. By comparison, the new Z06 boasts a supercharged 6.2L engine estimated at 625 horsepower. Both engines, however, are based on the historic small block architecture.

The suspension on the C7.R is modified to accommodate wider racing tires and larger brakes, again part of the GT regulations.

On the aerodynamic side, one major difference is the shift away from U.S. National Advisory Committee for Aeronautics, or NACA, ducts on the C7.R. The C6.R used two NACA ducts, on top of the rear bodywork and near the position of the rear wheels, for cooling. For the new C7.R, there are now openings on each of the rear quarter panels, above the brake ducts, which will draw air to help cool the race car’s transaxle and differential.