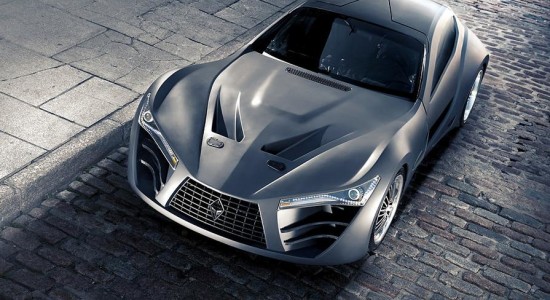 After three years of research and exhaustive development, the first FELINO cB7 prototype became a reality in 2012 and was tested on race facilities in 2012 and 2013.

In 2013, FELINO built a second-generation prototype, featuring a chassis evolution, along with a mechanical and design upgrade that will be tested in the Spring of 2014.

The FELINO cB7 is a tubular frame vehicle wrapped with composite and carbon fibre elements; it weighs approximately 1 000 kg, according to the selected drive train. Therefore, the cB7 can be mounted with a 4, 6 or 8-cylinder engine, optional for the buyer.

In 2013, a 6,2 litres V-8 was installed under the bonnet of a second-generation prototype and will be tested thoroughly in the Spring of 2014.

The entry-level model of the FELINO cB7 will be available at a price under $100,000. Will there still be racing in F.1 ?