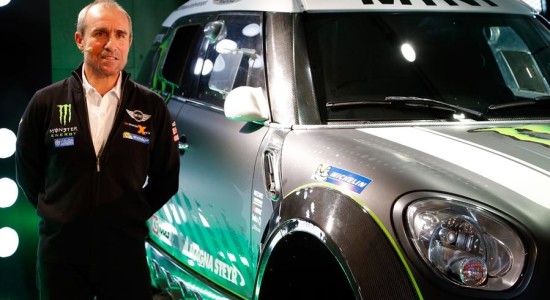 After winning six times riding bikes and five times driving cars, Stephane Peterhansel is once again the favorite for victory in the Dakar. The French driver issued interesting statements to CARS GLOBALMAG, on the eve of the 2014 edition.

Does the fact that this year you can win the Dakar for the sixth time in a car after 6 wins on a bike give you more pressure?

“Not really. I mean, it would be nice having six wins also in a car. But there is not more pressure on me. After eleven victories it would be more like a bonus. There are drivers who have never won the Dakar so far and they have by far more pressure.”

After such a long and successful career could you still identify yourself as “passion driver” or it is just a job now?

“For sure “passion driver”! It was never just a job for me. For me it’s a pleasure driving rallies.”

You are a super-champion and of course a well paid professional driver… but do you ever envy the profit of other sport champions (as football, tennis or golf champions)?

“No, I do not envy other sportsmen. I am happy with what I have. I have a “job” which I really enjoy. I mean, when I was young driving the Dakar was a big  dream for me and now I have eleven victories.”

The biggest regret of your career?

“On the sporting side I regret nothing. I think I always did the right moves. So I stayed with Yamaha for a long time; I had other opportunities but I wanted to stay with the team. Maybe my biggest regret is that I wasn’t at home enough. When my daughter and my son were really young I was never at home.”

During the last years many motorsports champions tried out different categories. Valentino Rossi does some rallying, Raikkonen moved from F.1 to rally and back, Loeb is leaving rally for the track. Do you ever think of doing something like that? Would you like to test a F.1 car?

“One of my wishes was to drive a WRC car. But it’s too late now. I´m not so interested in other categories.”

We frankly don’t think it is too late: Stephane would like to test a WRC … anyone interested? 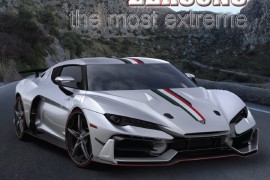