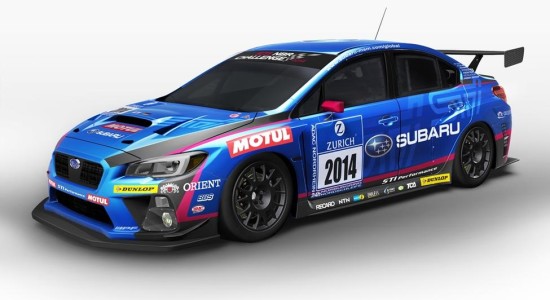 Subaru will participate in the Nürburgring 24-Hour Race (from 19 to 22 June in Germany) for seven consecutive years, with a vehicle whose performance has been enhanced from its base car – the all-new Subaru WRX STI to be soon revealed at the 2014 North American International Auto Show in Detroit.

Subaru will aim at its third victory in the SP3T class this year and as for team drivers, Toshihiro Yoshida and Kouta Sasaki both from Japan will be listed, adding two more drivers from Europe.