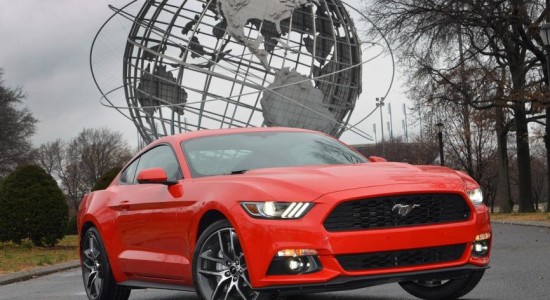 Ford Mustang enthusiasts have been invited to cross the United States in the largest caravan of Mustangs in history and join the official 50th anniversary festivities that will celebrate Mustang past, present and future, including the all-new Mustang set to go on sale this Fall.

Cars from every decade are being summoned to Norman, Oklahoma on Sunday, April 13, 2014, where they can join either the herd headed to Charlotte Motor Speedway or Las Vegas Motor Speedway. The Mustang Club of America (MCA), along with the support of Ford Motor Company, is holding a Mustang anniversary event on April 16-20, 2014, to commemorate the iconic pony car, while also looking forward to the next 50 years of the Mustang.

The groups will cruise over four days to Charlotte Motor Speedway or Las Vegas Motor Speedway. Those locations will host enthusiasts who have gathered from around the globe to attend the Mustang 50th Birthday Celebration.