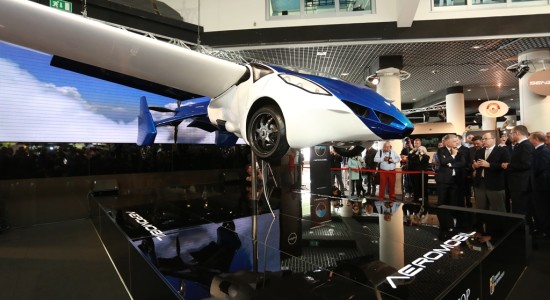 Top Marques Monaco opened to an estimated audience of 11,000 visitors who came to see more than 160 exhibitors showcasing every facet of a luxury lifestyle.

The 12th edition was inaugurated by H.S.H Prince Albert II of Monaco who unveiled seven world launches to an international press of 200-plus from more than 30 countries.

Amongst the state-of-the-art vehicles to be uncovered by the Prince in the Espace Ravel of the Grimaldi Forum included the electric supercar Toroidion 1MW and Alpha Armouring’s Alpha Phoneix, a bullet-proof version of the Mercedes G.

Unsurprisingly one of the highlights of the show, the principal partner of which is the private bank the Edmond de Rothschild group, was the AeroMobil, the world’s most advanced prototype of a flying car. This incredible feat of design and engineering transformed from a car into a flying plane in front of the public for the first time ever – to great effect.