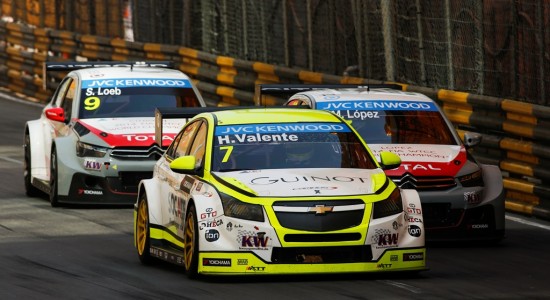 Twenty drivers will contest the FIA World Touring Car Championship in 2015 with registered manufacturers Citroën, Honda and LADA and Chevrolet all represented.

LADA Sport Rosneft relies on the experience of Rob Huff and James Thompson, while Russian youngster Mikhail Kozlovskiy will continue his touring car initiation programme under their guidance.

In the Yokohama Drivers’ Trophy, ALL-INKL.COM Münnich Motorsport will field Stefano D’Aste in its lead Chevrolet RML Cruze TC1 with a second driver expected to be announced soon. John Filippi remains with Campos Racing, his fellow Frenchman Hugo Valente continues his association with the Spanish team. Craft Bamboo returns to WTCC action with a Cruze for Grégoire Demoustier and the squad is actively working on plans to enter a second car later in the season. In addition to Honda-powered Borković and Michelisz, ROAL Motorsport has re-signed WTCC aces Tom Chilton and Tom Coronel to pilot its Cruze TC1s in the Yokohama Drivers’ Trophy.