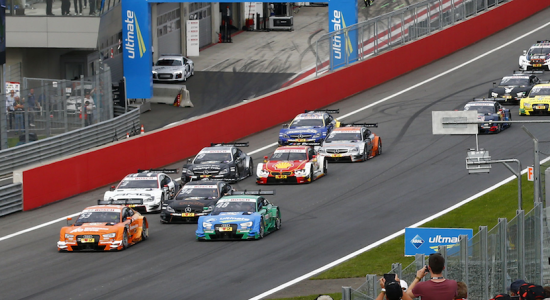 The DTM race calendar for 2016 has been announced.

Just like this year’s calendar, the one for the 2016 once again comprises 18 races that will be contested on nine race weekends. Following the positive feedback of drivers and fans, the proven format with two feature races per weekend will be continued next year.

As usual, the season will be kicked off at Hockenheim. There, Audi, BMW and Mercedes-Benz will start into the new season from 06th to 08th May, 2016. And about six months later, on 16th October, the same venue will stage the final race of the season and the title celebrations.

After the season kick-off at Hockenheim, DTM will make its next stops at Spielberg, Austria, and at the Lausitzring where the DTM support programme will comprise two rounds of ADAC GT Masters. On the final weekend in July, the calendar features the only street race of the season – at Nuremberg’s Norisring. An event that represents one of the season highlights every single year. Afterwards, DTM travels to the Netherlands (Zandvoort), Russia (Moscow) and the Eifel (Nürburgring). And in late September, after a one-year break, DTM returns to Hungary.