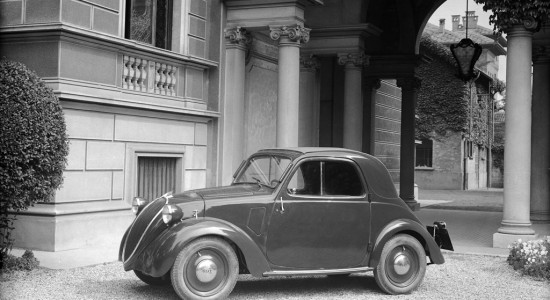 A great international event will be staged in Turin from June 16 to 19, to celebrate the eightieth anniversary of the Fiat 500 “Topolino” organised by the “Ling80” Committee. The iconic car was the symbol of motorisation not only in Italy and the benchmark in the years around World War II.

It was Fiat’s first economical car to be launched before the war and represented a revolution in how cars were made and perceived by the public: with the Topolino, motor cars were to become personal mobility instruments and expressions of unprecedented freedom.

Celebrations will kick off in the former Lingotto plant, where over two hundred Topolinos will climb up the famous elliptical ramp and stand on the test track on the roof of the historical building where production of the model started in 1936. With this ambitious project, engineer Dante Giacosa wanted to make motor cars accessible to as many people as possible. Made until 1955, the Topolino was the undisputed star of the reconstruction of Italy after the war.

The city of Turin and the Lingotto building will be the natural locations for this commemorative event. Opened in 1923, the Fiat factory is still admired today for its modernity and elegant vertical development. At the time, the solution of building a test track on the roof gained the admiration of architect Le Corbusier. Even before having been completed, the building which had been designed as a place of work had become the symbol of the burgeoning Italian industry and soon gained a footing in the nation’s collective imaginary. 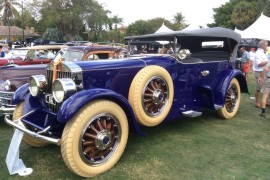 The 10th annual Boca Raton Concours d’Elegance was hosted for the 10th consecutive year at the Boca Raton Resort & Club in South Florida. The…