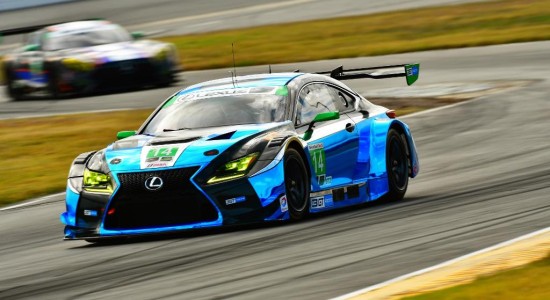 Acura and Lexus are warming the engines with less than a month before the Rolex 24 at Daytona that will serve as their debut in the WeatherTech SportsCar Championship.

The Lexus RC F GT3 made its official on-track in a pair of tests at Daytona International Speedway in November and December. 3GT Racing will field two RC F GT3 entries in the GTD class of the WeatherTech Sports Car Championship in 2017 for drivers Sage Karam and Scott Pruett in the No. 14 and Robert Alon and Jack Hawksworth in the No. 15 Lexus.