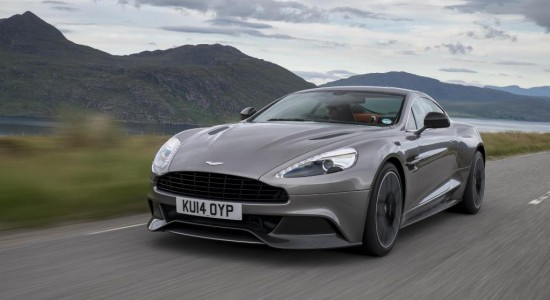 Aston Martin is today revealing details of a raft of important enhancements to two of the brand’s most popular and successful sports cars: the Vanquish ultimate GT and Rapide S four-door, four-seat, sports car.

With the debut of the new Touchtronic III eight-speed automatic gearbox in both Vanquish and Rapide S, Aston Martin is improving every major area of the cars’ performance and fuel economy.

In both sports cars the CO2 figure drops by an average of ten per cent – down to 298 g/km for Vanquish and 300 g/km for Rapide S.

A reduction in exhaust gas back pressure as a result of ratio adjustment and other changes also benefits peak power, which rises by up to three bhp to a peak of 568 bhp in Vanquish, and two bhp, 552 bhp, in Rapide S. Peak torque is up too, to 465 lb ft at 5,500 rpm in all the cars.

Meanwhile other electronic and engineering changes have taken place in 15MY cars to deliver a consistent GT character by perfectly aligning the chassis with improvements in powertrain performance and accessibility. Uprated dampers on the new Vanquish – 15% stiffer at the front and a full 35% stiffer at the rear – improve the dynamic characteristic of the car in line with its significantly enhanced performance. Rapide S, meanwhile, gets uprated larger front brakes. Both cars also benefit from a retuned brake booster and amended rear suspension bushes that are now 20% stiffer than before.

The global market introduction of 15MY sports cars begins in Q3 of 2014, with more details on market-specific pricing and options available in due course.