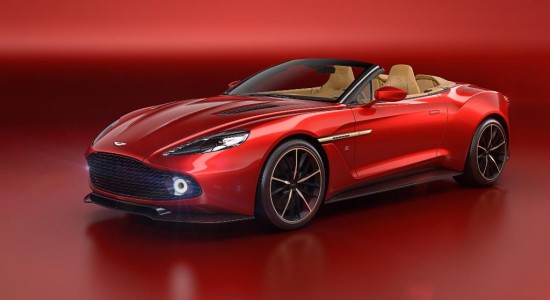 Driven by overwhelming customer interest for the previously revealed Coupe, the Vanquish Zagato Volante will be strictly built to a limited production run of 99 cars at Aston Martin’s headquarters in Gaydon, England.

Vanquish Zagato Volante is the latest creation from a collaboration that reaches back over nearly six decades, beginning with the beautifully muscular DB4 GT Zagato race car of 1960 and includes the DB7 Vantage Zagato of 2002, 2011’s V12 Vantage Zagato and the most recent Vanquish Zagato Coupe announced earlier this year.

The Vanquish Zagato Volante will be a powerful addition to the Aston Martin and Zagato lineage, embodying Aston Martin’s inherent refinement and capabilities, as well as Zagato’s characteristic design details. Both cars share an enhanced version of Aston Martin’s iconic V12 powertrain, increasing its output to 592bhp with a projected 0-60mph time of 3.7 seconds. Miami will host 2017 Race of Champions