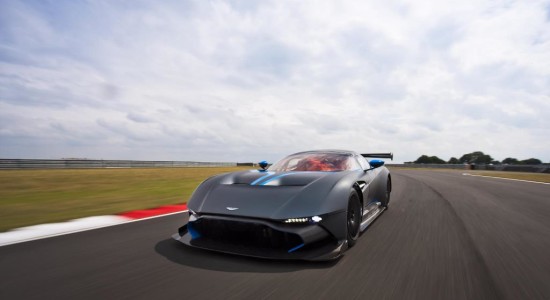 The highly-anticipated Aston Martin Vulcan will attend the showpiece of the Blancpain Endurance Series, the TOTAL 24 Hours of Spa, this weekend (25 July) and will demonstrate its abilities as the ultimate track-only machine as it completes two flying laps of the world-famous circuit.

With its 800-plus bhp powertrain developed in conjunction with Aston Martin Racing, the 7.0-litre V12 Aston Martin Vulcan will be driven by driver Darren Turner, who has been involved in the design and development of the car from its inception.

“It’s been amazing to have been involved in this project from the beginning,” said Turner. “From the conceptual sketches through to working with the designers on driver ergonomics, it is a fascinating process to be part of.”