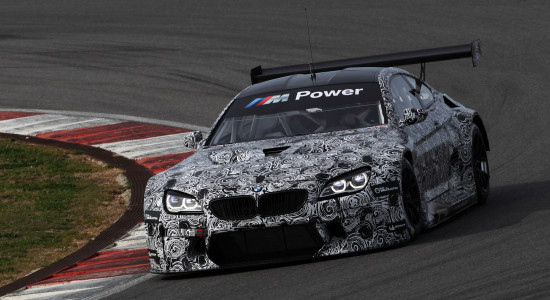 BMW Motorsport continued its development work on the new BMW M6 GT3 with an extensive programme of testing in Monteblanco (ES) and Portimão (PT). Experienced BMW works drivers completed many valuable test kilometres at the wheel of the new challenger for the GT and endurance racing scene and were involved in important groundwork on the set-up of the BMW M6 GT3. Lucas Luhr (DE), Jörg Müller (DE), Jens Klingmann (DE), Dominik Baumann (AT) and Maxime Martin (BE) were all in action in Spain and Portugal.

“After many months of hard development work in the engineers’ offices and the workshop, we have now introduced the next phase in the development and are currently testing the BMW M6 GT3,” said BMW Motorsport Director Jens Marquardt. “Our full attention is focussed on providing our customers with a fully developed and competitive product from the word go. The ongoing tests are very important, as they lay the foundations for the next steps on the way to the car’s first race outings.” IndyCar on track to tests aerokits