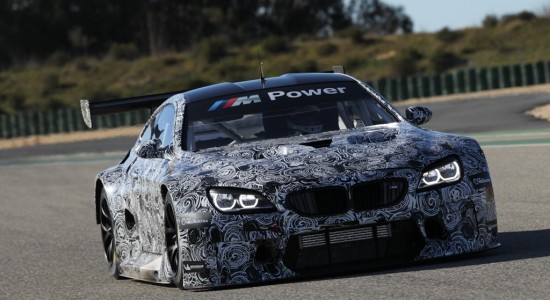 After the BMW Z4 GT3 crowned its final major appearance at the 24 Hours of Spa-Francorchamps with victory for BMW Sports Trophy Team Marc VDS, the anticipation among BMW Motorsport and its customer teams is now rising ahead of the arrival of the BMW M6 GT3.

The new car will take over as the manufacturer’s figurehead on the GT racing scene, and will do battle for victory and titles in many racing series around the world. The car features thoroughbred racing technology: the BMW M6 GT3 has incorporated many findings from BMW Motorsport’s works projects – while at the same time ensuring reasonable costs for customers.

Just days after the BMW Z4 GT3’s final grand hurrah in the Belgian region of the Ardennes, new details of the car’s successor have now been released. Interested customer teams can purchase the car as of 15th September 2015 for a net price of 379,000 Euros. When it comes to performance, the following features have been released: the 4.4-litre V8 engine with M TwinPower Turbo technology, which has only been slightly modified compared to the production engine, generates up to 585 hp, depending on the classification. The entire car, including its self-supporting steel chassis, the welded FIA-approved safety cell, the carbon fibre crash structure at the front and carbon fibre reinforced plastic crash element at the rear, weighs less than 1,300 kilograms.