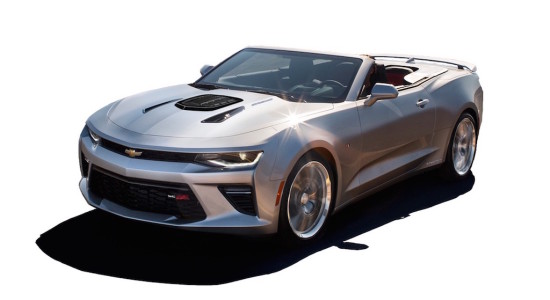 The supercharger housing extends up through the hood, exposing it to outside ambient airflow and its benefit of convective heat transfer. This makes the supercharger visible without opening the hood as heat is extracted from the engine compartment by natural flow.

The Callaway Camaro SC600 can be purchased with either an automatic or manual transmission; it is also available as a coupe or convertible. Power and performance specifications are subject to final validation. Callaway Camaro SC600 production is scheduled to begin in the first quarter of 2016. The Callaway SC600 starts at $54,290 (including the base Camaro SS). Pre-orders are now being accepted for the limited edition car by authorized Callaway GM dealers in North America.