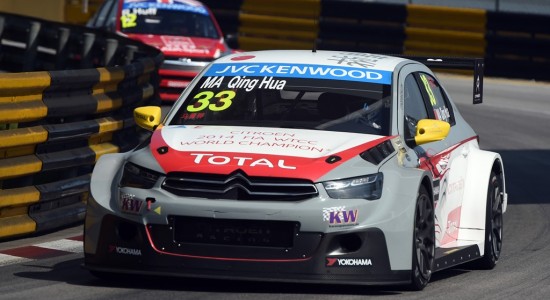 Last year, Ma Qing Ha lined up in a Citroën C-Elysée WTCC at five meetings, and made motorsport history at the Moscow Raceway by becoming the first Chinese driver to win a FIA World Championship race. His potential was confirmed by a podium place in the first race at Shanghai.

This year Ma Qing Hua will once again team up with Yvan Muller, Sébastien Loeb and World Champion José Maria Lopez. Four Citroën C-Elysée WTCCs will be entered in the competition by Citroën Racing.

Ma Qing Hua: “I’m really happy to be carrying on with Citroën. As soon as I arrived in the team, I felt like part of a family. I have learnt a huge amount with Citroën Racing and through the other drivers. Competing in every round of the championship marks a new stage in my career. I know that Citroën are counting on me, and I promise to give it my all.”