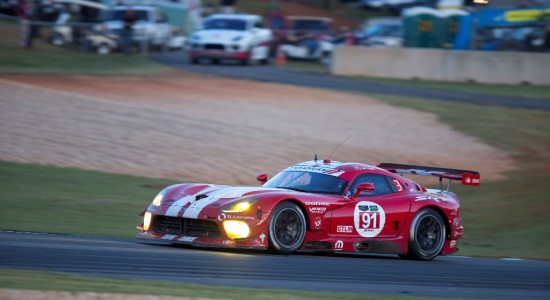 Chrysler announced today that it is discontinuing the factory-backed SRT (Street and Racing Technology) Motorsports racing program in IMSA (International Motor Sports Association) with the conclusion of the 2014 season. This decision affects participation in the IMSA TUDOR United SportsCar Championship with the Dodge Viper SRT GTS-R GTLM-class team. The Dodge brand will redirect its focus and efforts on the brand’s product lineup.

“Our company has made a business decision to discontinue the SRT Motorsports Dodge Viper GTS-R racing program,” said Ralph Gilles, Senior Vice President of Product Design, Chrysler Group LLC. “We are very proud of the amazing achievements our fantastic teams, drivers and partners have achieved on track the last few seasons. We thank them for their hard work, effort and commitment to SRT Motorsports. It’s been an honor to be a part of the inaugural IMSA TUDOR United SportsCar Championship season and we wish them every success in the future.”