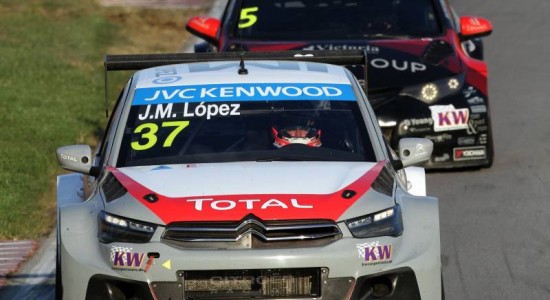 After a weekend in Japan, the FIA WTCC returns to China for the last round of the season. The Macau Grand Prix has been an unmissable event in world motorsport since 1954. And, in addition to the F3 race – which helped bring the talents of Ayrton Senna and Michael Schumacher to wider attention – the FIA WTCC has staged a race there every year since it was revived in 2005.

Yvan Muller won six races in the streets of Macau between 2008 and 2013. “There’s nowhere quite like it. It’s got so many qualities. In the space of a few kilometres, we will have to contend with both the quickest bend and the slowest hairpin of the season. I think it will also be the fastest circuit of the year in terms of top speeds”

Like his teammates and rivals, Sébastien Loeb will be racing to win. Having already made it onto the top step of the podium twice this season, the most successful rally driver of all time will be looking to finish 2014 on a high.

Having led the standings from the very first qualifying session, José María López has kept his nerve throughout the season. Despite not being familiar with Macau, Pechito will be aiming to produce a performance worthy of a champion: “At the start of the season, the team and I were in the same boat. We were both starting out in the discipline and we couldn’t set any specific goals. Everything has gone brilliantly, and we have managed to rack up plenty of victories and two world titles. I will arrive in Macau in a relaxed frame of mind, but I know what I’m like. Once I’m in my Citroën C-Elysée WTCC, I will want to give 100% and perform as best I can.”