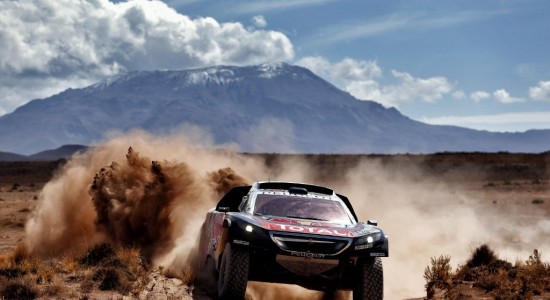 In less than 25 days and for the first time since the Dakar Rally, three PEUGEOT 2008 DKRs will line up together, on this occasion in Moscow’s Red Square ahead of their return to competitive action in the Silk Way Rally (SWR), which will be held from July 8-24, 2016.

The Silk Way Rally follows the legendary route traced by the famous Silk Road, passing through Russia, Kazakhstan and China via their capitals Moscow, Astana and Beijing. On the program are no fewer than 16 days of racing comprising 15 stages, covering a total distance of 10,734 kilometers.

The major new technical addition to the PEUGEOT 2008 DKR is the introduction of air conditioning, which will doubtless be welcomed by the crews as they tackle the Gobi Desert! The heat is similarly a factor in Morocco, where the final testing phase is currently underway to fine-tune the set-up and development of the car, with a primary focus on the areas of shock absorption and engine management.

Having won the China Grand Rally in August 2015 and followed it up with an extraordinary 12th career Dakar victory in January 2016, this July Stephane Peterhansel, the most successful driver in world-class cross-country rallying history will attempt to tame the only such event that he has yet to conquer.

Cyril Despres and David Castera will join Sebastien Loeb and Lucas Cruz in the second and third cars.