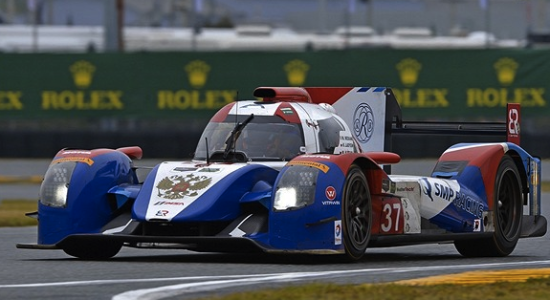 Storylines abound ahead of this year’s Rolex 24 at Daytona. When the green flag falls on the 54th running of the 24 hours race, history will be made on multiple fronts. The twice-around-the-clock sports car endurance race is the first major event to take place in the newly reimagined Daytona International Speedway, where a $400 million DAYTONA Rising makeover debuts this weekend.

Ford GT will make an historic return as two Ford GTs, fielded by Chip Ganassi Racing, will make their first-ever laps in competition. The Ford GTs are just one of the many new cars in the GT field. Three brand-new Ferraris 488 GTE will challenge the GTLM field as well.
The Rolex 24 sanctioning body, the International Motor Sports Association (IMSA), changed the rules during the off-season in the largest of the four classes of cars, GT Daytona, making the production car-based class subject to global GT3 technical specifications. The field goes, for instance, from zero Lamborghinis in 2015 to five this year. Three teams have chosen Audi for the debut of the R8 LMS GT3, while Turner Motorsport debuts a pair of brand-new BMW M6 GT3s.

In qualify soggy track conditions that only got soggier as the late afternoon progressed made for some peculiar results. The fastest qualifier in the session – the No. 911 Porsche 911 RSR of Patrick Pilet, Nick Tandy and Kevin Estre had the fastest time at 2 minutes, 1.408 seconds (105.561 mph), but the car, qualified by Tandy, won’t start on the front row.

That’s because the Porsche is in the GTLM class, which is typically the third-fastest of the four classes. IMSA rules when qualifying is declared to be held under variable conditions provide for gridding the fastest cars in order of their class for the actual race. As a result, Saturday’s polesitter is the No. 37 Nissan BR01 Prototype of Mikhail Aleshin, Maurizio Mediani, Nicholas Minassian and Kirill Ladygin, which turned in the ninth-fastest time of 2:05.793 at 101.822 mph. Aleshin qualified the car and will start the race from the overall pole.