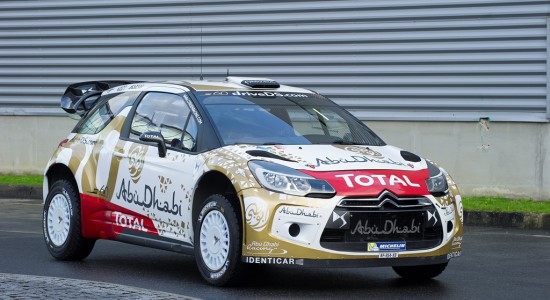 Driving DS 3 R3-MAXs, the fifteen drivers under 28 years of age will fight it out over seven rounds to try to add their name to the list of winners inaugurated by Sébastien Loeb, who won the title in 2001 in a Citroën Saxo Super 1600. As Stéphane Lefebvre this year, the FIA Junior WRC champion will win a WRC2 programme for 2016 in a DS 3 R5.

Since it first entered the World Rally Championship, Citroën Racing has always been on the lookout for talented young drivers. In 2001, the Brand played a key role in finding and developing Sébastien Loeb, who claimed the Junior World Championship in a Citroën Saxo Super 1600.

Marek Nawarecki (Citroën Racing Customer Competition Director): “Over the years, Citroën has enabled several drivers to cut their teeth on the WRC stages. Sébastien Loeb, Dani Sordo, Sébastien Ogier and Martin Prokop all won the Junior title in a Citroën Racing car. We are really happy of the popularity of this promotion formula that is suitable for young people as it is reasonable in price. It is ideal for all young drivers who wish to be identified and who want to reach higher levels of the pyramid of talent. Just before the second round at Rally Portugal, this is the most popular promotional formula of the WRC”

Jaguar at the Mille Miglia