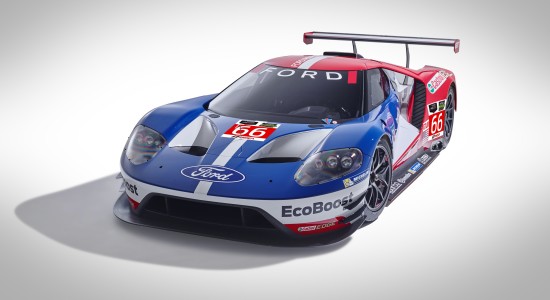 Ford announced today it is returning to one of the most prestigious automobile races in the world with its new Ford GT race car, based on the all-new ultra-high-performance supercar that goes on sale next year.

The new Ford GT race car will run the full 2016 schedules of the FIA World Endurance Championship and TUDOR United SportsCar Championship, making its competition debut in January 2016 in the Rolex 24 At Daytona, Florida. The two Ford teams will be operated by Chip Ganassi Racing with Felix Sabates. Both series teams intend to compete with a four-car effort at Le Mans. Drivers will be announced later.