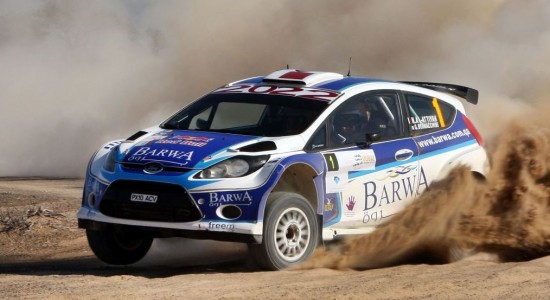 The FIA has stripped Sheikh Khaled Al Qassimi of UAE the title of Champion in the Middle East Rally Championship.

Al Qassimi (whose Citroen DS3 is featured on the cover of RACE GLOBALMAG December) was found guilty of route deviation, taking into account apparently just little evidence, after the protest was raised by Qatari Nasser Al Attiyah (Ford Fiesta RRC). The stewarts rejected the appeal right after the end of the Dubai International Rally. But the International Court of Appeal reconsidered the case during the FIA World Motorsport Council Annual General Assembly, deciding to impose a 30 seconds penalty on the Citroen.

Nasser Al Attiyah was then declared winner of the Dubai International Rally and awarded (together with co-driver Giovanni Bernacchini) the 2014 Middle East Rally Championship!

Al Qassimi’s lawyers state that there is no legal basis for the ICA decision and presented the court with evidence that the same kind of route deviation was in fact taken by Al Attiyah.

We will keep you posted on further developments of the case. In the meanwhile we would like to congratulate Nasser Al Attiyah for his achievement of winning the 2014 Middle East Rally Championship!