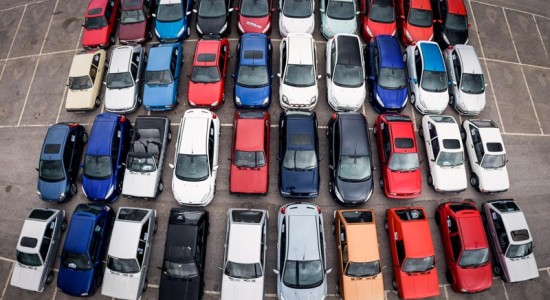 An historic line-up of 40 Ford Fiestas came together in convoy to mark the model’s 40th birthday at the Ford Summer Festival.

Setting off from Dagenham, the Fiesta convoy was made up of classic and modern Fiestas, driven by owners’ club members, Ford employees and prominent motoring journalists.

The cavalcade included some very special Fiestas, including the all-new ST200, a super-rare Mk 1 Fiesta Van, A Fiesta Fly Crayford Convertible and the last Fiesta to leave the Ford site at Dagenham, which – in 14 years – had covered a mere 17 miles from new before going on the run.

The run was also joined by a car that joined Ford’s heritage fleet just a day before the event – a silver Fiesta Mk 4 that was donated to the company by its previous owner, having covered only 22,000 miles.

Others from Ford’s own collection included two immaculate Mk 1s, a 17,000-mile from new Fiesta Mk 2 and a pair of original, unrestored XR2s, one of which was driven to the venue by a prominent European Car of the Year Juror who remembered driving it when new.

The birthday run concluded at Brighton Racecourse with a cake-cutting ceremony, while a display of even more classic Fords meant there was plenty for guests to look at.