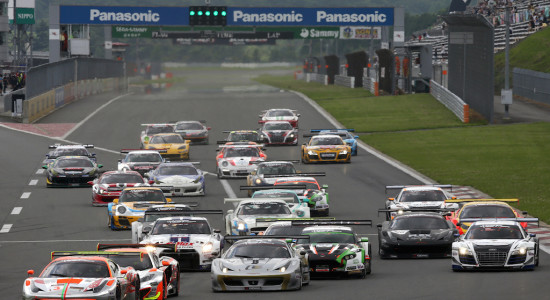 Two events into the 2015 GT Asia Series season, the championship has seen some incredible racing, with four different winners for the four rounds contested to date, including an historic first victory for Bentley in Asia three weeks ago in Okayama.

This weekend the series returns to Japan to Fuji International Speedway, for the third event of the season. 12-months ago almost to a day, Typhoon Neoguri impacted the GT Asia field during unofficial practice, however qualifying and the opening race were dry, leaving Clearwater Racing’s Mok Weng Sun and Keita Sawa to claim their second win of the year, whilst race two saw the torrential rain return, with Jeffrey Lee and Audi factory favourite Christopher Mies claiming the win. Sawa will be looking to return to the winner’s dais at Fuji, after taking Bentley to an historic maiden victory in Asia last time out at Okayama.

Bentley factory stars Andy Soucek and Duncan Tappy return to duty alongside Jeffrey Lee and reigning GTM Class champion Jacky Yeung respectively, whilst the FFF Racing Team by ACM – who claimed their maiden victory with Hiroshi Hamaguchi and Tonio Liuzzi in race one at Okayama – will be back in force, with some new additions to the team. That addition – Australian GT race winners Nathan Antunes and Rod Salmon – comes at the expense of Jiang Xin and Max Wiser who have moved across to the points leading Ferrari 458 Italia of the absent Anthony Liu and Davide Rizzo, the fellow Shanghai residents agreeing terms earlier in the season, leaving the FFF team with the vacancy.