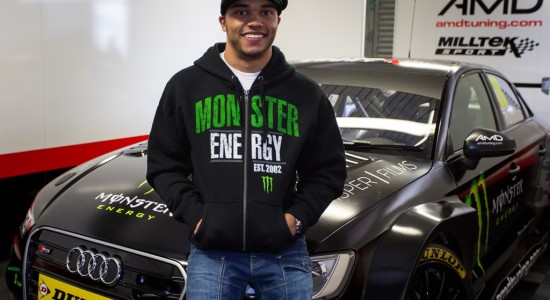 Nicolas Hamilton has taken on an immense challenge. The 22-year-old, brother of Formula 1 Champion Lewis Hamilton, will race in the British Touring Car Championship.

“I feel like a paralympian competing in the regular Olympics. I’m honestly really excited to be here though, because it’s already been quite a journey,” said Nic standing proudly next to his 300bhp Monster Energy liveried AmD Tuning Audi S3. “It’s taken many years of hard work and determination just to be able to get in the car, so it feels pretty special to be a part of the BTCC.”

A repeat Renault Clio Cup campaign followed in 2012, and while it proved to be a more difficult year, where the podium just eluded him, Nicolas stayed hungry and lined up a seat in the European Touring Car Championship for the next season.