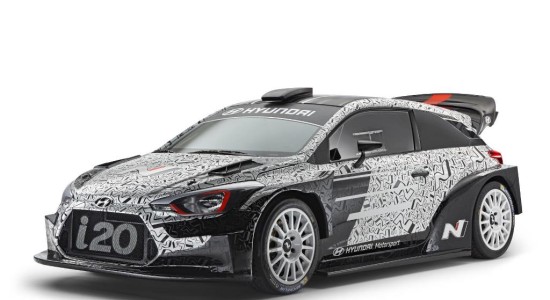 Hyundai Motorsport has used the occasion of the Paris Motor Show to present a preview of its 2017 WRC challenger, which will make its competitive debut in next season’s FIA World Rally Championship.

The team, which is currently second in the WRC manufacturers’ classification on 201 points, has been testing its brand new 2017 prototype since April across numerous locations in Europe and in a variety of different conditions.

The car, based on a three-door Hyundai i20, has been developed to meet WRC’s 2017 technical regulations, which have given greater aerodynamic freedom to designers. Hyundai Motorsport has an extensive testing programme lined up in the final part of 2016 in order to further evolve the car ahead of its debut at Rallye Monte-Carlo in January.