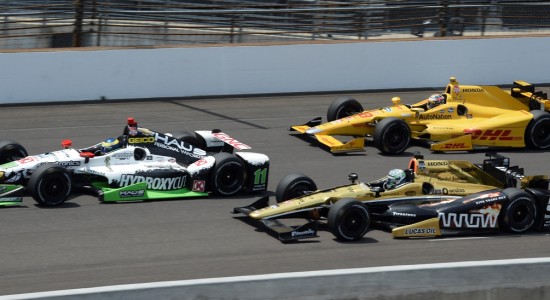 Verizon IndyCar Series drivers will have more horsepower at their disposal when activating the push-to-pass overtake assist at road- and street-course races in the 2016 season.

INDYCAR announced that turbocharger boost pressure during push-to-pass use will increase from 160 kilopascals (kPa) in 2015 to 165 kPa, equating to a gain of approximately 20 horsepower in the Chevrolet and Honda 2.2-liter, twin-turbocharged V-6 engines. Normal boost pressure on road and street courses – before the overtake assist is engaged – remains at 150 kPa in 2016.

A total of approximately 60 added horsepower will now be available for push-to-pass activations during the 11 road- and street-course races in 2016, nearly doubling the on-track effect for passing over 2015.

Ricciardo and the Red Bull down under