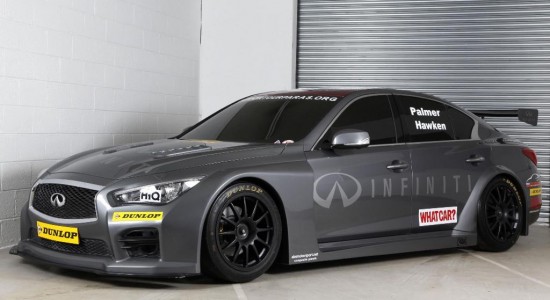 The aim of the team is to specifically help raise awareness and funds for Support Our Paras, the official charity of The Parachute Regiment, one of the most iconic Regiments in the British Army.

The team, overseen by Team Principal Derek Palmer, will consist of a number of injured Paratroopers who will work on the cars to prepare them not only for race weekends, but also maintain their maximum efficiency throughout the schedule of a BTCC season.

“We’ve set ourselves a number of significant, but achievable targets,” Team Principal Palmer stated. “Of course we are aware of the challenges ahead of us, but with the united forces of The Paras and Infiniti, we believe we have the power to deliver results in the BTCC.”

Steve Oliver, Infiniti Regional Director for North Europe, commented: “To have an Infiniti on the starting grid in the BTCC next year will be an exciting event on its own, but to have the car represent the Parachute Regiment’s main charity makes it exceptionally worthwhile.”

The two NGTC Infiniti Q50 race cars will be driven by Richard Hawken — who has won three championships at club level and tested for Speedworks in 2013 — and Derek Palmer Jr.. Both drivers have raced successfully in Super Touring Cars in recent years.