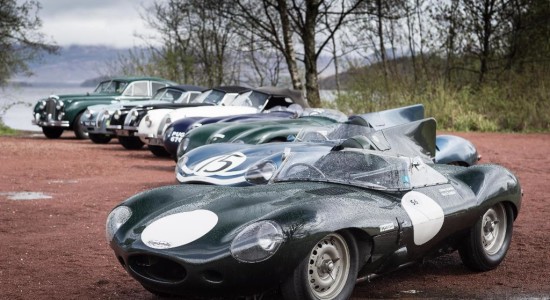 Jaguar is celebrating its 80th anniversary by taking on the legendary challenge that is the Mille Miglia. Held from 14-17 May in Italy, Jaguar Heritage Racing will be fielding a team of drivers who will cover more than 1,000 miles from Brescia-Rome-Brescia in nine of the marque’s most celebrated models. Crowds lining the route will get to see examples of historically-significant Jaguar XKs, C-types and D-types hurtling past them with famous faces in the cockpits.

At the wheel of a Jaguar MK VII will be a man who’s no stranger to speed and sleep deprivation – Charley Boorman. Host of the hugely popular BBC One show, Saturday Kitchen and well-known TV chef, James Martin, will be partnered by Bremont co-founder Nick English, brother of Giles. They will share the penultimate ‘Long Nose’ Jaguar D-type ever built, registered ‘393 RW’.

Completing the Jaguar Heritage team line-up is successful British singer/song-writer Elliot Gleave, otherwise known as Example. Elliot will be driving a XK140 with his father, Michael, as co-pilot. The XK140, registered ‘TAC 743’, was once owned by successful British racing driver David Hobbs.

FIA Junior WRC has Citroën in the spotlight 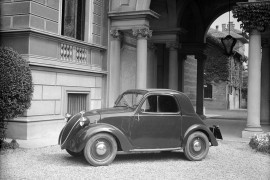