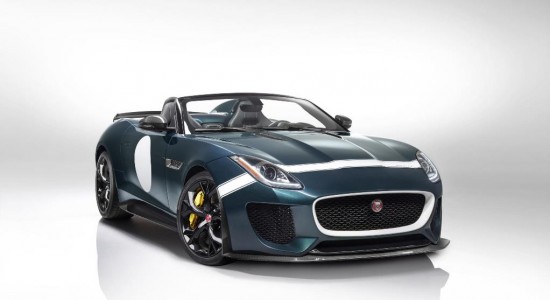 At the Goodwood Festival of Speed Jaguar is presenting the new F-TYPE Project 7.

F-TYPE Project 7 is the first Jaguar performance vehicle from Jaguar Land Rover’s Special Operations team, and will be produced in an exclusive, limited-edition run of up to 250 units. Its distinctive roadster body, introduced in concept form last summer, pays tribute to one of the most famous and iconic racing Jaguars: the three-time Le Mans winning D-type, which in 2014 is celebrating its 60th anniversary year. F-TYPE Project 7’s name pays homage to Jaguar’s seven outright Le Mans wins.

The 2014 Jaguar F-TYPE Project 7 will be the most powerful production Jaguar ever built.