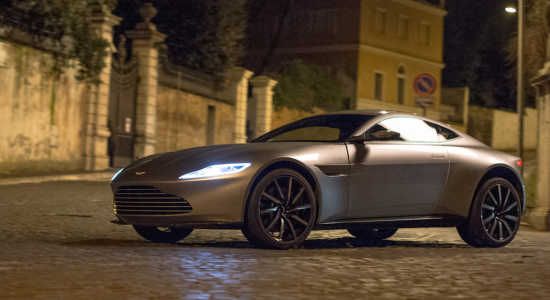 In this extraordinary homage to James Bond, visitors to the 13th edition of Monaco’s premier auto show will be able to see James Bond’s Aston Martin DB10; boasting a 4.7-litre V8 engine and a six-speed manual gearbox.

Supercar fans will also see the Jaguar C-X75 which Spectre’s villain Hinx drove in a chase with Bond through the streets of Rome. Created by Jaguar Land Rover’s Special Vehicle Operations division, the C-X75 produces 850bhp with a top speed of 200mph.

The Range Rover Sport SVR, Land Rover “Big foot “Defender and Aston Martin DB5 which also featured in Spectre are available to view, as well as other 007 memorabilia brought to Top Marques by the PropShop, the company who produces gadgets for the Bond films.

Another highlight of this year’s Top Marques, the only live auto show in the world where visitors get to test drive the supercars on a F1 GP circuit and being held from 14th to 17th April in the Grimaldi Forum, is the Icona Vulcano. Made entirely out of titanium, the hypercar will be shown in final form for the first time ever at the Monaco show.

A complete list of exhibitors for Top Marques 2016 is available at www.topmarquesmonaco.com