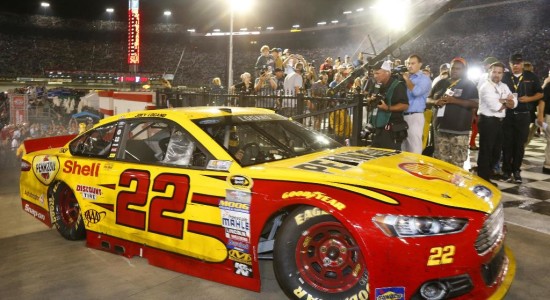 Joey Logano continued his hot streak in the NASCAR Sprint Cup Series on Sunday by winning the night race at Bristol Motor Speedway for the second straight year. Logano’s win was his third victory of the season and 11th of his career.

“It was kind of interesting to watch it in the mirror. I was watching him (Kevin Harvick) drive in and I was like, ‘He’s going to get me eventually,’ so I just wanted to make sure I stayed at least three or four car lengths up on him so he didn’t get to me.”

“It’s kind of interesting to watch a race like that when two cars are a similar speed, but in two complete different ways. That’s what’s so fun about Bristol is you can drive the car about five or six different ways and make it fast, so it’s fun to race here.” A Faboulous Race in the Dolomites