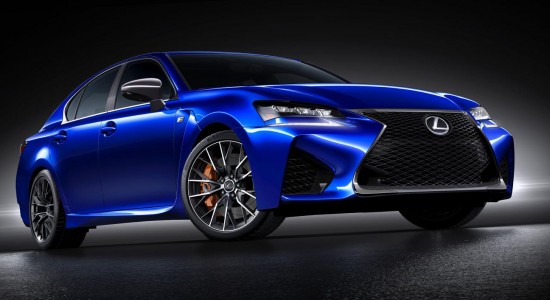 Lexus has announced and shown the GS F performance sedan, that will be revealed at the North American International Auto Show in Detroit. The GS F will be the latest vehicle to join Lexus’ high-performance “F” line that already includes the RC F coupe.

Although the GS 350 F SPORT shares the same platform as the new GS F, they should not be confused. The GS F will have enhancements throughout, including to its engine. Under the hood will be a responsive, naturally-aspirated 5.0-liter V8 that produces 467 hp (473 PS ) at 7,100 rpm and peak torque of 389 lb.-ft. (527 Nm) at 4,800-5,600 rpm. This sophisticated engine uses both Otto and Atkinson combustion cycles to maximize power and efficiency in given situations.

Lexus’ Torque Vectoring Differential (TVD), also found in the RC F, will be part of a long line of standard equipment. The GS F unibody will also feature structural reinforcements and suspension exclusively designed to optimize this sedan’s handling envelope.