Matthew Carter, Lotus F1 Team CEO: “The E23 Hybrid represents a new era for Lotus F1 Team, not only in the change to a Mercedes Benz Power Unit, but also it is the fruition of a busy winter behind the scenes. Improvements within our Design, Aero and Simulation departments have all contributed to the development of a car which is a huge step forward.”

Nick Chester, Lotus F1 Team Technical Director: “The E23 Hybrid represents a massive step forward for us. It’s no secret that we struggled with last year’s car so we’ve targeted every area that caused us an issue. We’ve made strong progress in the wind tunnel as well as in areas such as packaging and cooling. We expect the E23 to perform far, far better than its predecessor. In terms of what’s new, obviously a massive change for us is a new Power Unit supplier. We made this change as it looked and looks to be the one area of the car which could bring us the greatest performance gain. It’s not just performance, but reliability and driveability as well as packaging and cooling too.” 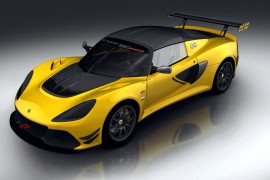 Lotus has announced the development of the Exige Race 380 – the track-only sibling of the Exige Sport 380. As part of the current Exige’s… 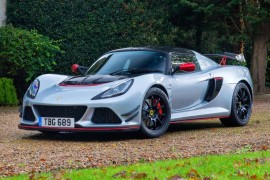 The Lotus Exige Sport 380 is the most aggressive iteration yet for the Exige model lineup. The new Exige is blisteringly fast off the line,…