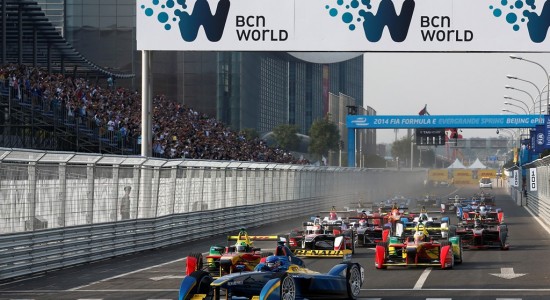 History was made this weekend as the world’s first ever fully electric single seater race took place in Beijing, marking the successful season opener of the FIA Formula E Championship.

Brazilian di Grassi stole victory after race-leader Nicolas Prost (e.dams-Renault) and Venturi’s Nick Heidfeld touched on the final corner of the final lap in the battle for the lead, sending Heidfeld into a spectacular crash which he walked away from unharmed. Andretti driver Franck Montagny finished runner-up nearly three seconds adrift of di Grassi with team-mate Daniel Abt crossing the line third, only to later have it taken away from him after failing short of the required 28kw power consumption usage. Virgin Racing’s Sam Bird was eventually promoted to claim the final place on the podium.