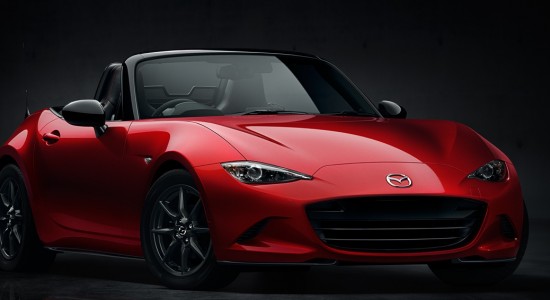 Mazda Motor Corporation celebrated the unveiling of the fourth generation Mazda MX-5 (known as Roadster in Japan) at events held simultaneously in Japan, USA and Spain. The all-new MX-5, which adopts both SKYACTIV technology and Mazda’s KODO-Soul of Motion design language, will be rolled out to global markets starting in 2015.

The design of the all-new MX-5 reveals another layer to Mazda’s KODO design language. It is the most compact of any generation MX-5 so far and is more than 100 kilograms lighter than the model it replaces.

As of July 2014, total production volume of the Mazda MX-5 exceeded 940,000 units and it continues to hold the Guinness World Record for the best-selling two-seater sports car. This highly-celebrated model has received over 200 awards from around the globe including Japan Car of the Year 2005-2006.