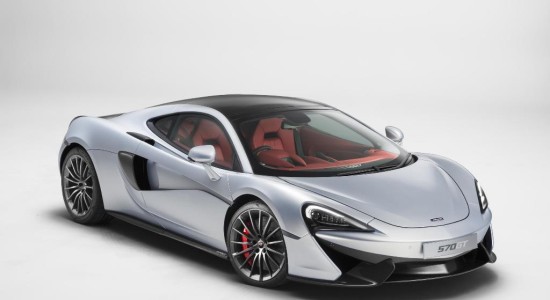 The new McLaren 570GT will make its UK debut at the London Motor Show, following the global reveal at the Geneva Motor Show earlier this year.

The 570GT is the most refined and luxurious McLaren to date sitting alongside the 570S Coupé and 540C Coupé as the third model in the recently announced Sports Series.

Under the skin, the 570GT has been developed with a road-biased dynamic setup, while retaining the supercar levels of engagement experienced on other McLaren models. The 570GT is fitted with the McLaren-developed 3.8-litre twin turbo V8 M838TE engine which generates 570PS (562 bhp) and 600 Nm (443 lb ft) of torque. The power is delivered through the rear wheels via a seven-speed seamless-shift transmission with adjustment to the handling and powertrain settings available through Normal, Sport and Track. The UK pricing of the McLaren 570GT starts from £154,000 with first customer deliveries scheduled for July 2016.