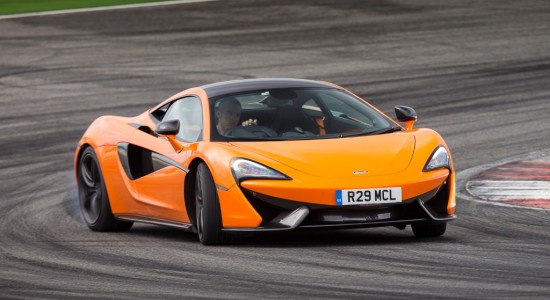 The McLaren 570S Coupé is the first – and highest powered – model launched in the recently announced Sports Series. Following its global debut at the New York International Auto Show in April 2015, the new model range marks the entry of McLaren into the luxury sports car market, introducing race-derived technologies and supercar performance in a package which is very much a pure McLaren.

Lightweight construction, including the use of a carbon fibre chassis, recognisable design values and a comprehensive specification list ensures a class-leading offering, and as uncompromised as is expected from a McLaren. With pricing starting at £143,250 (approximateli 193.000 Euros), the 570S Coupé is available to order now with deliveries depending on market starting before the end of 2015.

Weighing as little as 1,313kg (2,895lbs), thanks in part to the unique lightweight carbon fibre MonoCell II chassis, the Sports Series is almost 150kg lighter than its closest rival. Power is provided by an evolution of the 3.8-litre twin turbo V8 engine with 30 percent new components. This ensures electrifying performance, with the 570S boasting a class-leading power-to-weight figure of 434PS.