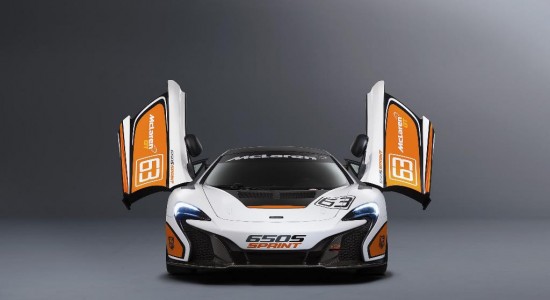 Based on the recently launched McLaren 650S Coupe, the track-focused 650S Sprint is fitted with developments to the Brake Steer system, even more refined active aerodynamics and a race set-up for the ProActive Chassis Control (PCC).

As with the 650S, the aerodynamically optimised design of the 650S Sprint offers increased levels of downforce, and the revised air intakes carried across from the road car allow for optimised cooling of the 3.8-litre twin-turbo M838T engine. In the 650S Sprint, the proven powerplant is retained from the 650S roadcar, with a unique engine and transmission calibration to further enhance on-track drivability and driver engagement.

The cabin is fully track-focused and stripped out to minimise weight, but with no compromise to driver safety or comfort.

The first example of the 650S Sprint is shown with a new striking livery, in an inverted colour scheme of the 650S GT3 car shown at Goodwood Festival of Speed. Finished primarily in white, the design also features the new Tarocco Orange finish seen on the GT3, with subtle black and white detailing throughout.

A range of further options and upgrades are available including a CFD (computational fluid dynamics) developed aerodynamic package including carbon fibre rear wing and front splitter, a passenger seat with six-point harness, and further lightweight components including a polycarbonate windscreen.

The 650S Sprint will be priced at £198,000, and available from all official McLaren retailers worldwide or direct from McLaren GT. 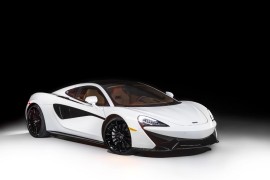