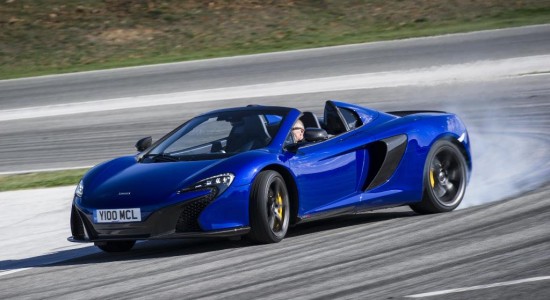 The M14 was the last Formula 1 car to be driven by Bruce McLaren. His final appearance in the 1970 Monaco Grand Prix was 12 days short of four years since his first Grand Prix in a car bearing his own name on the nose.

McLaren secured its first Formula 1 world championship in 1974 with Emerson Fittipaldi behind the wheel of the M23. The car was one of the most outstanding designs of its era and its unrivalled combination of performance, reliability and controllable handling left an indelible mark in the record books.

The MP4/8 was the first Formula 1 car to feature the McLaren ECU system and gear paddles on the steering wheel. The car used an early form of GPS to recognise its position around the track and automatically adjust the active suspension to create a performance advantage.

Concluding this remarkable display is the latest chapter in the McLaren brand’s journey: the ground-breaking McLaren 650S that debuted at the 2014 Geneva Motor Show. With 650PS, 678 Nm of torque and a power-to-weight ratio of 500PS per tonne, the McLaren 650S has been developed to give the enthusiast driver the ultimate in luxury, engagement and excitement on both road and track.