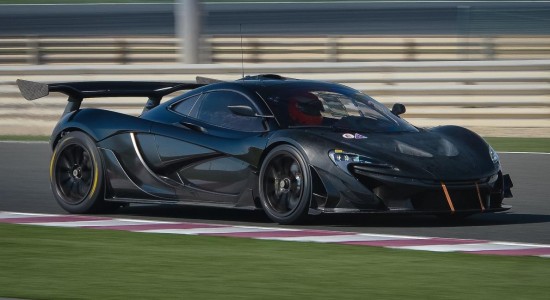 The limited edition McLaren P1 GTR has being put through its paces across Europe and the Middle East. Ahead of the start of production later this year, and the launch of the bespoke Driver Programme, the track-only model will make its global debut in production form at the 2015 Geneva Motor Show in March.

As testing continues, the McLaren P1 GTR looks set to be one of the fastest to ever wear the famous McLaren ‘speed mark’. Through significant weight-saving measures and track-optimisation of the petrol-electric powertrain, McLaren P1 GTR will boast a power-to-weight ratio increase in excess of 10 percent over the road-going model, to more than 700 PS per tonne.

The dedicated development programme will continue over the coming months to further tune the performance, aerodynamics, driving dynamics and handling balance.