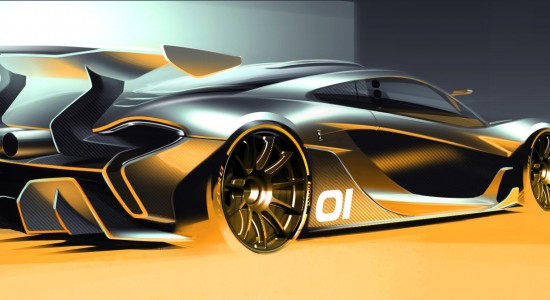 McLaren will use its presence at the 2014 Pebble Beach Concours d’Elegance to showcase its ultimate track-focused model, the McLaren P1 GTR, in design concept form.

Conceived in response to requests from buyers of the road legal McLaren P1 for a track focused edition of their car, and available for purchase only to this group as a fully comprehensive programme to include driving events, training and vehicle support, the McLaren P1 GTRwill go into production in June 2015 when the 375th and final example of the road car has been completed.

The McLaren P1 GTR design concept will be unveiled during an exclusive preview at the McLaren Brand Centre on the 18th Fairway at the Pebble Beach Lodge on Friday 15 August and will make its public debut on the Pebble Beach Concept Lawn over the course of the weekend.