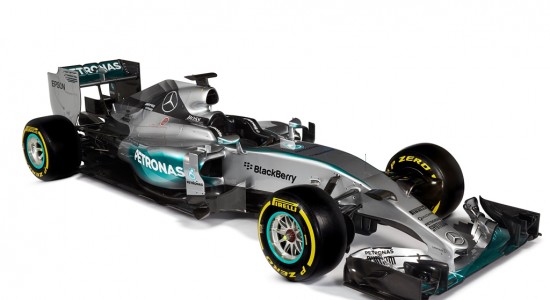 From Revolution to Evolution 2015 marks the beginning of an evolutionary process for the cutting-edge Hybrid racing formula introduced for 2014. “From outside, winter might look like a rest time in Formula One. But this couldn’t be further from the truth”, explains Toto Wolff, Head of Mercedes-Benz Motorsport. “Long before the end of last season, development work on our 2015 car became the main priority. The winter months are the most intense, with everybody at Brackley and Brixworth working around the clock to prepare for the season ahead.”

As the age of Hybrid power evolves, so the requirements for improved safety, reliability, efficiency and performance increase. An intensive design phase combining incremental gains and targeted innovation has produced the F1 W06 Hybrid, a car which delivers mechanical, structural, aerodynamic and weight saving developments over its predecessor, the F1 W05 Hybrid.