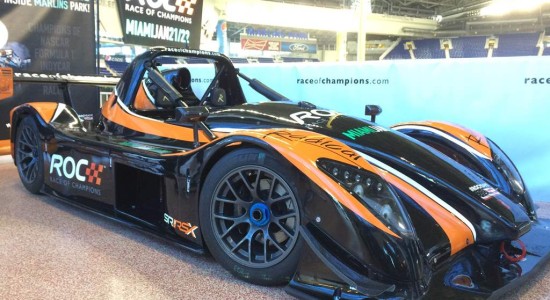 The first Race of Champions to be held in the United States was announced yesterday during a press conference at the home of Miami’s Major League Baseball team, Marlins Park.

Miami will be as a matter of fact the venue of the 2017 Race of Champions, the end of season shootout race that brings together the best of the best in the motorsport world. Champions from Formula 1 to IndyCar, from NASCAR to Rally will go head to head in the two day event on January 21/22. Indycar driver Ryan Hunter-Reay and NASCAR driver Kurt Busch were at the baseball diamond during the announcement: “It’s a great honor to be invited to this event. The best drivers in the world will be here and it will be an incredible challenge to race against them”, said Busch. The NASCAR champion will be flanked by his fellow American Ryan Hunter-Reay in defending the USA colors against the “Rest of the World”: “The most difficult thing in the Race of Champions is that you are outside your comfort zone. I am not used to driving these types of cars and going against the best of the best will be tough”. A Radical SR-RSX was on display at Marlins Park, one of the many cars (usually around 7) that will be used during the event.

It is the first time the Race of Champions will be held inside a baseball stadium: “To be honest, coming up with a new track layout was not particularly challenging. I’d say being of a baseball field is different than usual and gives us even more possibilities” said Fredrik Johnsson, president of ROC.