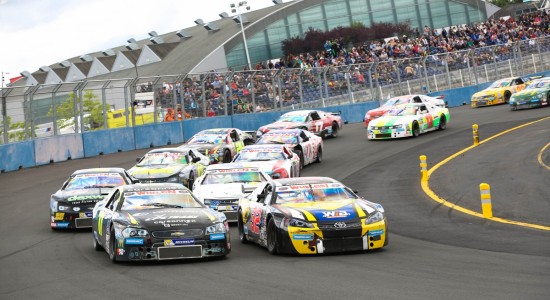 This upcoming weekend will see NASCAR Whelen Euro Series make its debut in Germany at the famed Nurburgring. The European NASCAR series will close the regular season on the 3,629 km of the Eifel track and open a key market in which there is a long and intense motorsport tradition, both from the competitors and the fans perspective.

“We are very happy to enter this huge event where 200 000 fans are expected. We went there in 2010 and it’s a great honor and opportunity to come back as the official NASCAR European Series.” said Jerome Galpin, NASCAR Whelen Euro Series President / CEO.

The Nurburgring event will also play as a sort of “home race” for several German speaking teams and drivers, all coming from Austria.

“We believe that NASCAR Whelen Euro Series is establishing itself as one of the best championships in Europe and we are very happy to race at the Nurburgring because we consider it our home race,” added Norbert Walchhofer, Motorsports Senior President at DF1 Racing by B66.

Neunkirchen based Renauer Motorsport is also looking forward at the German weekend as an occasion to score an important result. “We know the track very well and it might be the first time for our team to go for top 10 finish. We also expect a great weekend, as Germany is a brand new market for NASCAR and we are sure to deliver a spectacular event for the audience,” continued ELITE 1 driver Dominic Tiroch (#86 TB Renauer Motorsport Ford Mustang), who is looking for his first top-10 of the season.

“Austria and Germany are very different, but it´s a kind of home race for us. A lot of friends and guests are coming to see great NASCAR racing, and it´s their first NASCAR experience,” added his ELITE 2 team mate Philipp Lietz (#86 TB Renauer Motorsport Ford Mustang), who is third in the division’s standings. “I learned a lot about the car at Tours Speedway and I can’t wait to get back in the car”.

“We are very happy with the Series and I’m sure that once they see what Austrian teams are doing, German teams will want to join too,” concluded team manager Sepp Renauer. 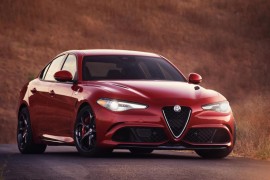 The Alfa Romeo Giulia Quadrifoglio, in the automatic transmission configuration, registered an extraordinary result at the famed Nurburgring Nordschleife circuit boasting a time of 7:32….