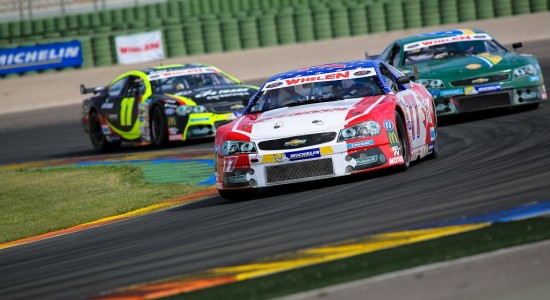 NASCAR Whelen Euro Series and Silverline Tools announced today a deal that will see the English tools manufacturing and supplying company join the list of partners of the European NASCAR championship as Official Tool Supplier.

With over 9 000 merchants in Europe and more than 30 years of experience, Silverline Tools multi-award-winner equipment is the preferred choice for both professionals and home improvement passionates. The extremely-competitive NASCAR Whelen Euro Series grid represents the ideal field for Silverline Tools to showcase the high performances and quality of its hand and power tools.

“We’re thrilled to be appointed as Official Tool Supplier to the NASCAR Whelen Euro Series,” said Lauren Kennedy, Silverline Global Brand Manager. “It’s a hugely popular sport that’s still growing in Europe and our automotive product range will be of great benefit to the team technicians. We’re excited to see our Silverline Dodge Ram leading the cars out on the track too!”

The new partnership will make its debut at the American Speedfest in Brands Hatch, taking place on the historic Kent track onJune 6th and 7th. The second edition of the hugely successful American-themed event will mark the second stop for the NASCAR Whelen Euro Series 2014 season after the thrilling opener in Valencia.