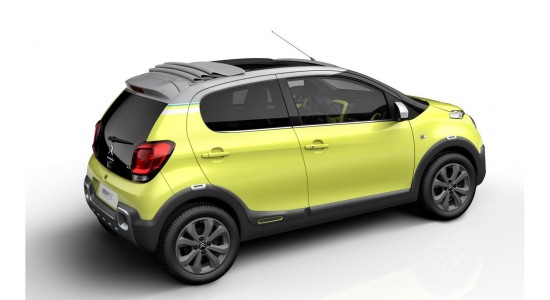 The new Citroën C1 URBAN RIDE concept – an exclusive at the Paris Motor Show – illustrates the potential for personalising this city car with new go-anywhere looks. The lively, fun personality of New C1 is enhanced by SUV-inspired styling features to underline its character and strong nature. Ground clearance is raised by 15mm and bumper fairings are provided front and rear, along with wheel arch trim elements. For a more dynamic look, its tracks have been increased by 10mm.

The Citroën C1 URBAN RIDE concept can be seen in two versions: 5-door and Airscape. The Airscape concept has the biggest roof opening in its class.