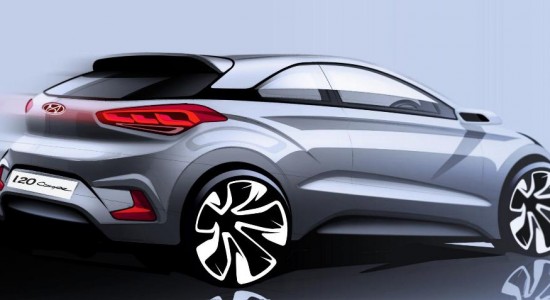 Hyundai Motor has revealed a first impression of the New Generation i20 Coupe, indicating how the company’s model range will grow beyond the recently revealed five-door version.

The New Generation i20 Coupe features a more sharply raked rear pillar and a distinctive roof spoiler, enhancing its sporty exterior. In keeping with the New Generation i20 family, the Coupe’s long hood and generous proportions create a powerful stance, while the overall architecture maintains a clear and simple design.

Like the five-door version, New Generation i20 Coupe was designed and developed at Hyundai Motor’s Design Centre Europe in Rüsselsheim, Germany.

More details about the New Generation i20 family will be released ahead of its world premiere at the Paris Motor Show 2014 this October.